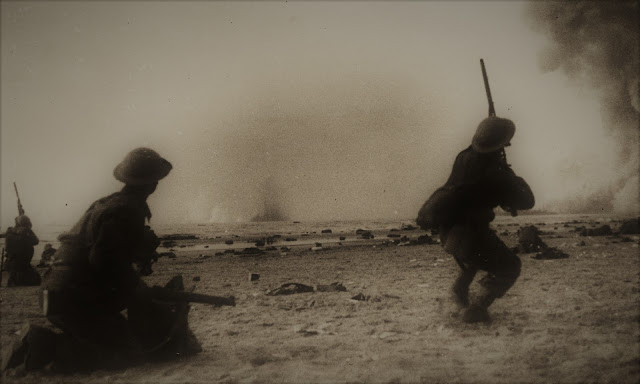 It is impossible to not think of perspectives after walking out of a Christopher Nolan film. In fact Nolan, has mastered the art of non-linear narration. Dunkirk is no different. Except perhaps we can say that in this case the dimensions were: the land, the waters and air. More than a week after the breath-taking experience of Nolan’s Dunkirk, I am left thinking about a possible fourth dimension to the movie- of Dunkirk herself. What could it have been, ‘to be’ Dunkirk during the tragic yet notable period between 26th of May and 4th of June 1940 marking the early years of World War II?

One is forced to contemplate- without the miracle of Dunkirk, what is the soul of Dunkirk-the city? To be honest, I did not know much about Dunkirk before the movie. The first striking feature of the city is her name. It has a West Flemish origin which means “the church in the dunes”. Unfortunately, a city that literally means church has been host to one of the most terrible assaults in the history of war. The repeated assaults on her, aerial ambushes and underwater torpedoes, during the unfair course of war, is an appalling contrast to her name. To balance it all was the heart-wrenching courage exhibited by the soldiers and the rescuers. I ponder, was it her? Was it Dunkirk steadying herself and her children, looking at the enemy in the eye fearlessly and holding up in the face of inescapable danger? Was it her spirit that fought alongside her daughters and sons, and saved them, in fact even more than what their prime minister expected.

One cannot miss the spectacular visuals in the film thanks to Hoyte van Hoytema. I was almost moved to tears to see the beautiful beach city being subjected to mutilation. But on the deeper side it was more like watching a warrior queen charging ahead, of all her soldiers and leading by example almost as if to say, ‘Be proud of your wounds, my dears!’ At the end of it all, she was definitely ‘persecuted, but not abandoned; struck down, but not destroyed.’ Another thing that moved me was the embrace of the Dunkirk spirit. I was enraptured by the love shown to her by her protégés- the people of the city. In the final scene when a soldier fearing disrespect from his fellow dwellers cowers in shame as the train chugs in, is taken for a surprise when they are given a warm welcome- just like the warm comfort of a mother’s lap that nurses her child’s broken heart.

When I look at present day images of Dunkirk I cannot help but feel a tranquility that seems to surround me through the photograph. To think of the incongruity between the city now and that of 77 years since. But there she is… still providing the shore to the new generation with the same vigour. Everybody talks about patriotism and love shown by people to their country. Dunkirk – the movie, has made me aware of the love that a country shows to its citizens. The story of this tiny city in Northern France which even now has less than a hundred thousand inhabitants, who protected her citizens and lived to tell the tale has made my belief in the universe stronger. The spirit of Dunkirk, is a testament to Buddhist tenet: What you think you become, what you feel you attract, what you imagine you create.

[This Article has been authored by Avanthika Nityanand]