The Boy Who Conquered 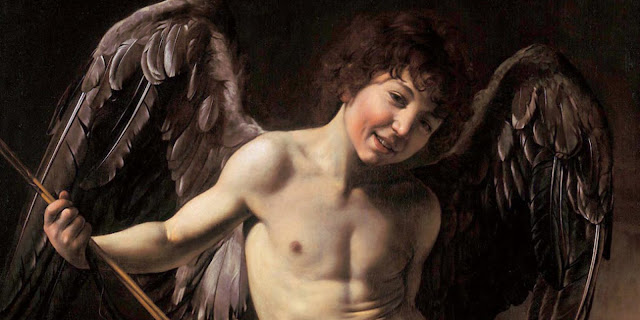 [ A story by Amrita Brahmo ]
Long ago, and far away, there was a land blessed with a strange and magical power. No one quite knew how, but any child born in that realm was gifted with the ability to live up to his or her name. Now you might think this was mere coincidence, and believe me, so did people for a long time. Then someone did the math and deduced that there was indeed a reason as to why all the young men named after the Fire-God were setting haystacks ablaze with their slightest tantrums. Anyway, such were the ways of the land and people took great care to choose a perfect name for their young ones, one that would seal their destiny for the years to come.


Time passed by until on the first day of winter, with the first snowflake, a baby boy was born in the family of a modest school teacher, and the entire village came to partake of their joy and to witness the ceremony of name-giving. Amidst the crowd, the teacher’s wife held up her little baby in the air as he shrieked, protesting against the cold blast, and pronounced his name “Arihant!” There was a murmur for no one quite knew what the name meant. It was the first of its kind and they stood in awe as the teacher told them what it meant- “One who has vanquished his enemies”
The years passed by and the little boy grew up under his family’s stern but loving eye. He went to school like others of his age, but his heart lay in other things, finding shapes in the clouds, building artifacts from clay and making up elaborate stories to amuse his younger siblings. The bane of his existence, in his ten year old mind, was his name. Each time someone asked him that question, he suppressed a grimace thinking of the inevitable awe that would follow. He often thought of asking his parents why.
I don’t want to kill enemies, I don’t want to conquer anyone. I’d rather make friends and make people happy, don’t you get it?
But being a polite boy, he never voiced it out loud.
One day he was sitting by the river bank, throwing stones into the water, watching as they created ripples in his reflection. Suddenly he heard a plop and saw that an old man was trying to recover his little metal pot which had just fallen into the river. In a jiffy, he waded into the stream, his wiry body underwater for a few seconds before he resurfaced with the pot and handed it over to the man with a “Pranam”.
“May God bless you, my son. What is your name?” The old man asked.
“My name is Arihant, Dadaji” The boy replied, using the form of address for grandfather. He didn’t quite mind telling this man his name, maybe because he didn’t pause in awe, he just smiled.
“And Arihant, do you know what it means?” He asked.
The boy crinkled his eyebrows for a second, ” It means one who has conquered his enemies” , he recited listlessly.
“Yes that is what they say it means. But do you know what it means?”
By now the boy was confused. “What does it mean then? I don’t know. I always thought…”
“You always thought the enemy would just be someone who attacks you with sword and spear. Someone whose blood you need to spill. Okay tell me, if you are very hungry and have only one mango and a boy your age suddenly snatches it from you ,what would you do?”
“Hit him hard!” Arihant said, a flash of outrage making way to his face at the imagined scenario
“Okay, but then, suppose he hasn’t eaten for days. Suppose he has to bring back food for family too. What then?”
“I’d not get angry, I’d let him have it.” Arihant mused
“So who was your enemy in this case? What was driving you to do something bad, an eye for an eye?” The old man smiled peacefully.
“Anger.” the boy uttered with a wide eyed look. “My enemy is not a person. It can be a thing. An emotion. Something truly bad.”
“Yes. And your destiny is to be the conqueror of your enemies, my son. Do you see now?”
The old man quenched his thirst and walked away.
Ten year old Arihant walked back to his village with his head held high, ready to embrace the power of his name.
[This post is authored by 'Amrita Brahmo', originally published at mysoulcompany ]
[Picture Credit: Caravaggio, Amor Victorious, Renaissance, Baroque]