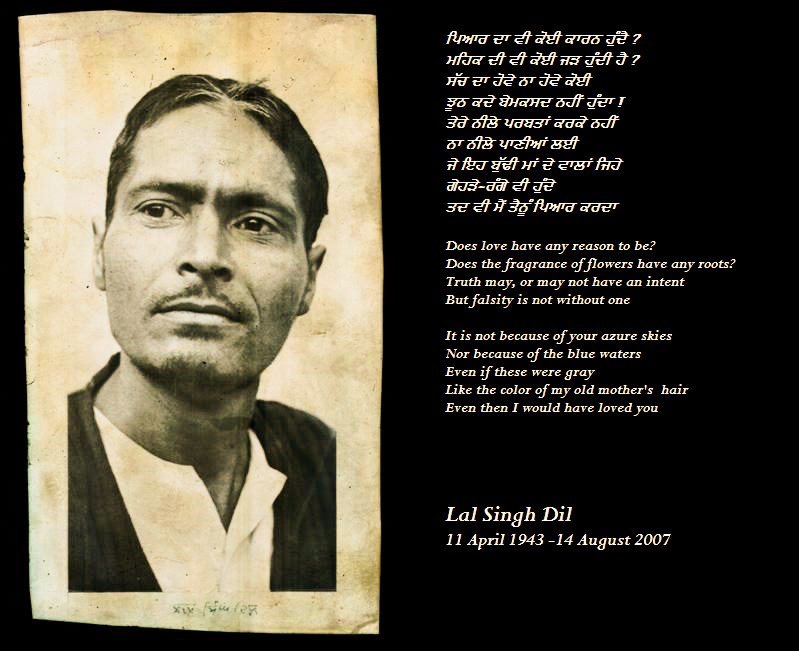 'Lal Singh Dil'-Recently this name captured my imagination, (thanks to Rabbi Shergill's new offering Tu Milein-LSD ). I searched about him on the internet, and thankfully there was some content available of the forgotten "Che Guevara" of Punjab. A Majdoor, A Chai Wallah but a perpetual poet and a flag bearer of pain.

[A Soliloquy : Would you dare to wear a T-shirt having his image ? .. I guess no.. He's not exotic right ?.. I guess how many know the significance of Red in those Che Guevara T-Shirts .. or LAL in LSD].

The voice of the oppressed(LSD) is still ringing in his words, in his unpublished works. A man of immense sufferings writes.

When
Many suns will die
Then
Your era will arrive
Isn’t it?
~LSD


Your era will always be there till there are men who can share the ethos with you. Sympathies? Well I guess you never liked even when you were alive.


Some of his poems that moved me to core.

=====
You love me, do you?
Even though you belong
to another caste
But do you know
our elders do not
even cremate their dead
at the same place?